Is VTL commercial only? Actually, I really like the idea of Zeam being so minimalist -- it even runs better for me with things generally being snappier and smoother compared even to the stock launcher. I truly don't want to pay $3 for a launcher I don't even really want just to get one game working (I'd pretty much have to switch to it just for the one game then back when done...) Especially since I'm already ticked off enough for having actually bought this game (I missed the free period somehow even though I check nearly every single day -- it would have to be that one of the rare exceptions were while this was up.) I've killed off everything I could and even managed to get 120MB free I think, still to no avail. (And btw, why the heck is so much memory used and so many applications running in the background in an embedded environment? Something is definitely messed up in that...) Trying to start it over and over still doesn't help anything either.

What's all of this talk about clearing up data storage though? (People do realize data storage and RAM are different things, right?) Does it actually need more data storage free somehow? (If so, shouldn't it be taking up more before it crashes? I still have a fair bit free. If it were actually checking the amount free and choosing not to continue before ever doing anything, instead of crashing it would be able to present a simple error message and exit a bit more gracefully. If it were actually trying to place more data in the data storage -- which it shouldn't be doing anyway -- it should fill it up before crashing due to lack of space.) I actually use App2SD already, so the only way I can really get more is to start removing stuff I don't actually want to remove...

I'm truly ticked off that I just found a big weakness in Amazon's system. There's absolutely no way whatsoever that I can find in which one might get a refund. Google at least gives you some fifteen minutes or something like that to uninstall. Amazon apparently doesn't have any means at all that I could find though. (I uninstalled after I gave up the first time and left it uninstalled for at least a week before trying again in hopes an update might have fixed it.) I feel pretty ripped off at this point. )-:
Top

I've confirmed it will play with 112mb free. I believe that is the minimum. VTL is made more towards a tablet type setup, just google it, and you can download the apk directly from their website and install that way.
A7-160gb/A7o-8gb
Top

Well, I managed to track the VTL Launcher down. I see they are offering it free (with no updates/etc) to people on at least one site. Still, even with it the game just as before, it simply CTDs immediately after showing the loading screen every time with > 112MB free (after I killed even my keyboard app, I actually caught it claiming I had 129MB free at one point. It varies, but seems to at least stay above 120MB.) I tried starting the game numerous times and kept checking from time to time with the system monitor that nothing new had come up, but always CTD immediately after showing the loading screen. Well, I'm certainly glad I didn't buy VTL Launcher just for this now.

No matter how you look at it, someone screwed up on this game.
Top

Have you tried puttiing your power mngmt on overdrive? I'm jsut throwing stuff out there now. It works fine on mine with everything above, do you have flash 10.3 installed?
A7-160gb/A7o-8gb
Top

Do you mean a task killer? Don't those tend to do more harm than good? Regardless, I killed everything extraneous via the system monitor, so while a task killer would let me kill more stuff, it wouldn't do much good since there's not much else to kill (and many of those other things that don't show up in the system monitor are just going to restart when you kill them) -- besides, I already had more than enough memory freed up whether 112MB or 120MB is enough.

Yes. And it's up to date with the most current version (or should be since I regularly update applications.) It says 10.3.185.23.
Top

Nazo wrote:Do you mean a task killer? Don't those tend to do more harm than good? Regardless, I killed everything extraneous via the system monitor, so while a task killer would let me kill more stuff, it wouldn't do much good since there's not much else to kill (and many of those other things that don't show up in the system monitor are just going to restart when you kill them) -- besides, I already had more than enough memory freed up whether 112MB or 120MB is enough.

No, if you go into Settings/About/Power Management and choose overdrive; it's probably on optimal right now.
A7-160gb/A7o-8gb
Top

Ah, I see what you mean. I knew that I remembered having seen a power management setting somewhere, but I could never find it again. It's in such an unintuitive and illogical place, so no wonder I couldn't find it again. After I thought I searched every section of the settings I assumed I must have imagined it and gave up.

Anyway, it still crashes. With VTL Launcher I have > 120MB free (I think 128MB,) and with Zeam I had > 114MB (there's some irony that VTL seems to somehow use less memory, yet runs so much worse even when I basically turn off all the extra effects,) but even with power saving set to overdrive the game still won't start. Instant crash on that loading screen. I wonder, could the issue maybe be something else? For most it seems like the bar would at least start to move a bit before crashing? Since day one I have only seen immediate crashes about one, maybe two seconds after it shows the main loading screen (right after the Popcap logo) without the bar ever moving or anything. (In fact, I wasn't 100% sure it even was a loading bar since it never moved.)

BTW, I tried looking in Log Cat to see if anything obvious showed up (you'd think an utter and completely unhandled crash would warrant a log event! If it were a force close I could maybe understand since that's technically being handled, but this clearly is not) but if it did I just don't know how to recognize it.
Top

Well, I don't know what to tell you. When I first installed PVZ it would get to the loading screen and as soon as the music started it would crash. Once I closed all the programs and freed up memory it started working fine. BTW, which device do you have?
A7-160gb/A7o-8gb
Top

Archos 43 with the latest firmware installed (2.3.26 which uses Android 2.2.1.) For a while I was using custom firmwares, but I got sick of all of the instability and such and am currently using the stock Archos firmware without even so much as Archangel installed (though I'll get around to loading it sooner or later for ability to change the hosts file if nothing else. It's just kind of a pain having all of its changes existing only in memory until the next reboot such that everything must be done via a startup script file.)
Top

I and my daughter use it all the time on my 43.
Top

Did you do anything at all to actually get it running? Switch to the VTL Launcher? Optimize anything? Or just have a different version of some thing like flash that might affect it? If you can think of anything I'd be grateful.
Top

OK, I have something for you to try. I moved a few apps over to internal storage, and whatever I did (I had 129mb free at one point) I couldn't get PVZ to open. I moved everything BUT PVZ over to system storage and it opened up the first time. Go to Applications/Manage Applications/On Internal Storage tab. Try to move as many apps over to system as you can, then let me know if it works.
A7-160gb/A7o-8gb
Top

That's not really entirely realistically possible for me. I have a fair bit installed on my Archos 43 right now and since Archos for no apparent reason anyone can figure out set the system storage to be a mere 300MB (some of which is already taken up by built in unremovable stuff it seems like -- I've already signed that petition to them to give us an acceptable size storage instead) I don't have much to work with. What's more, some things like the Android Market seem to mess up if I don't have a fair bit free. So it's not a question of "move over everything I can" but more like "which one or two things to move." However, I should point out that most of what I have moved to the internal storage consists of things like other games or programs that don't really interact with other things (for example, one is a dictionary type of thing.) Things like Flash itself are still in system storage (but then, most of those things wouldn't let me move them anyway.)
Top 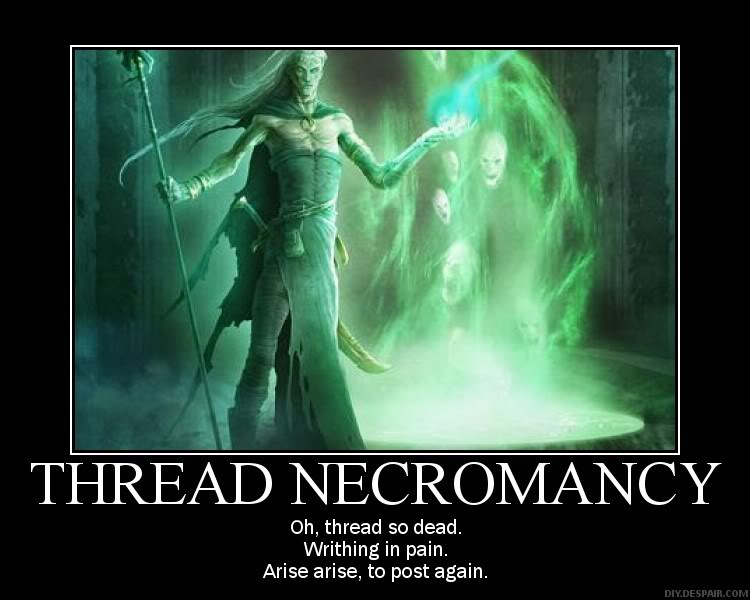 Did you seriously just spam cheese curd though?

Anyway, I personally have absolutely no troubles whatsoever on modern devices. I got rid of my Archos 43 ages ago. It was outdated when it was new frankly and Archos just didn't support their hardware properly at all. I won't touch anything without CyanogenMod anymore in no small part due to my lesson with that. No more problems with internal storage or any of the rest and updates even after the manufacturer has abandoned their products.
Top

Thank you for the software link but i face the same problem isn't working.... it loads the screen then cuts out to the Archos main menu.
Top
Post Reply
36 posts